The Business of Human Trafficking

Globally, an estimated 24.9 million people are subjected to human trafficking, which generates an estimated $150 billion annually in illicit profits.

Human trafficking is generally understood within the United States to mean: The recruitment, harboring, transportation, provision, obtaining, patronizing, or soliciting of a person for the purpose of a commercial sex act (sex trafficking) , in which a commercial sex act is induced by force, fraud, or coercion, or in which the person induced to perform such act has not attained 18 years of age; and the recruitment, harboring, transportation, provision, or obtaining of a person for labor or services through the use of force, fraud, or coercion for the purpose of subjection to involuntary servitude, peonage, debt bondage, or slavery.

MYTHS and FACTS on Human Trafficking 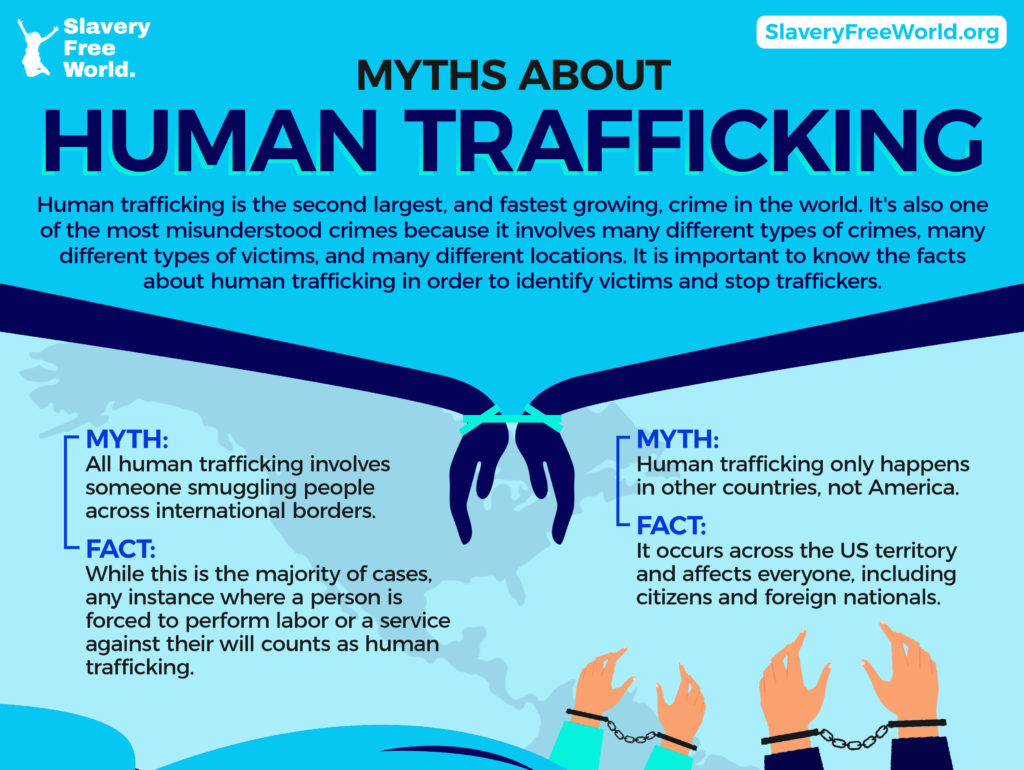 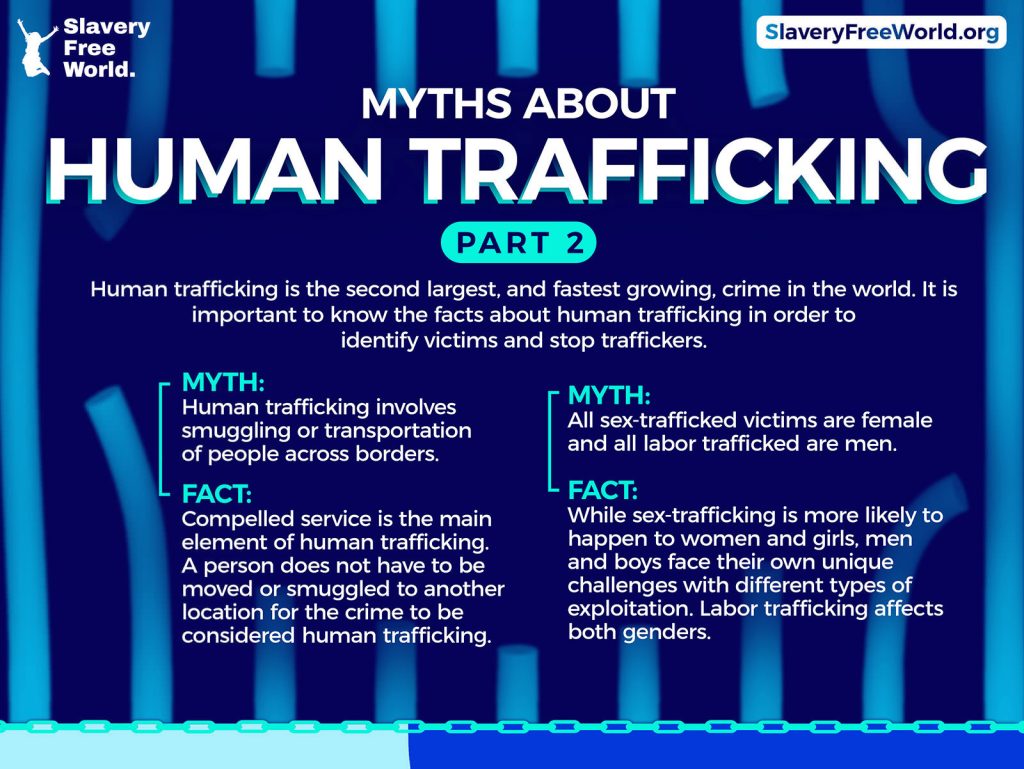 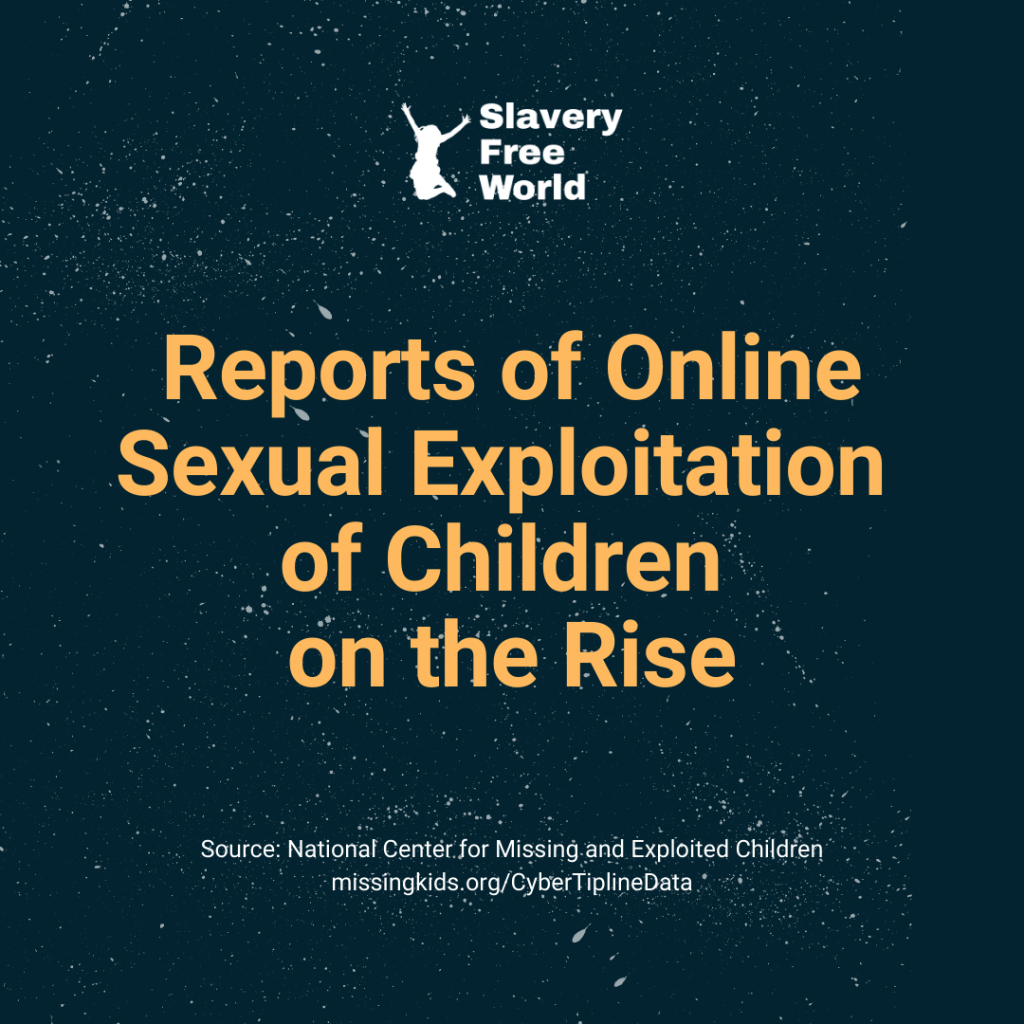 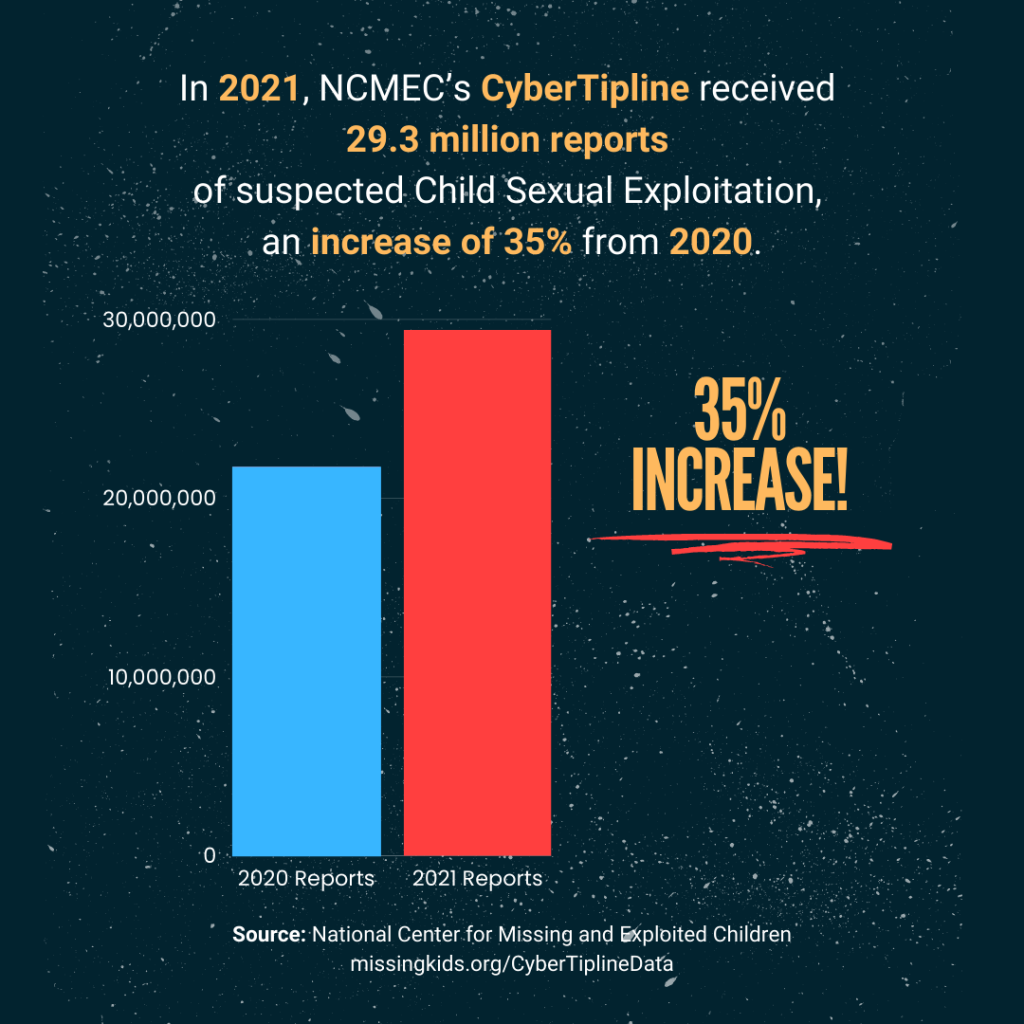 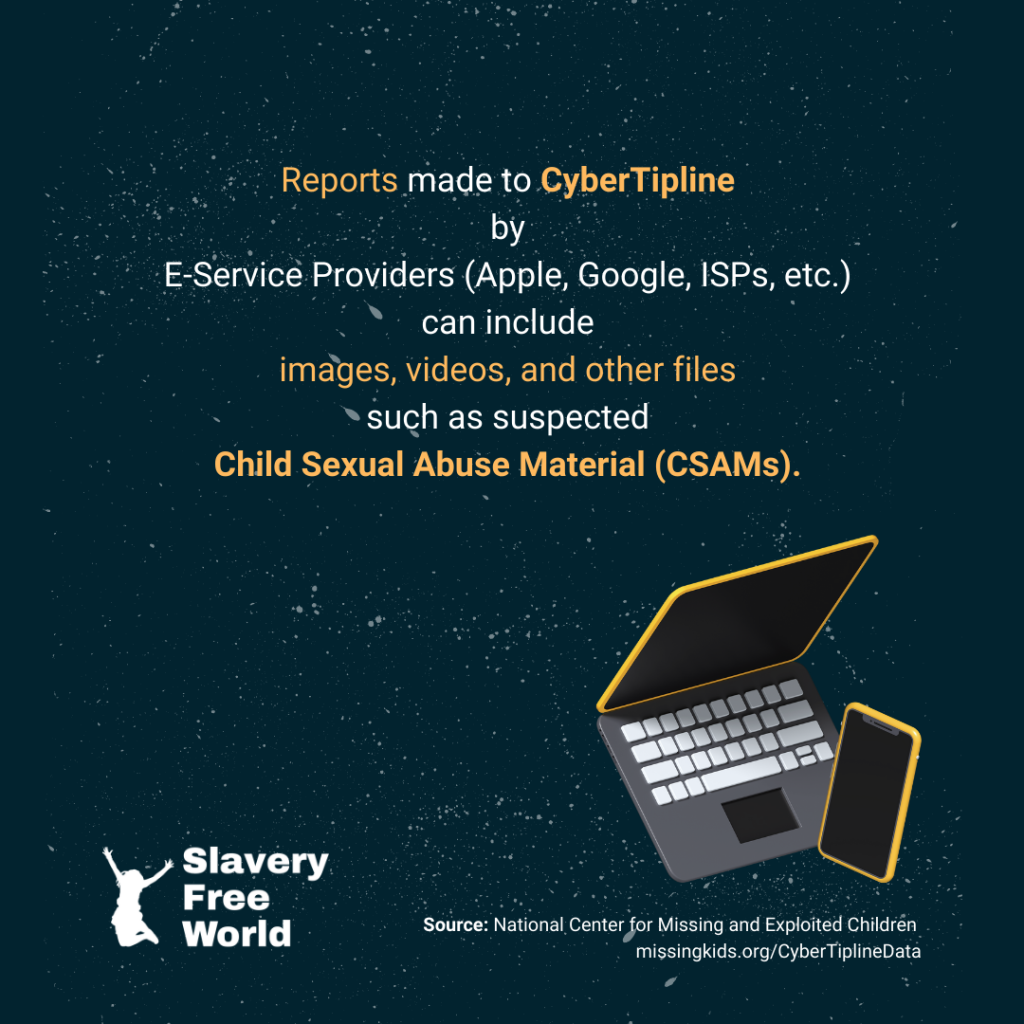 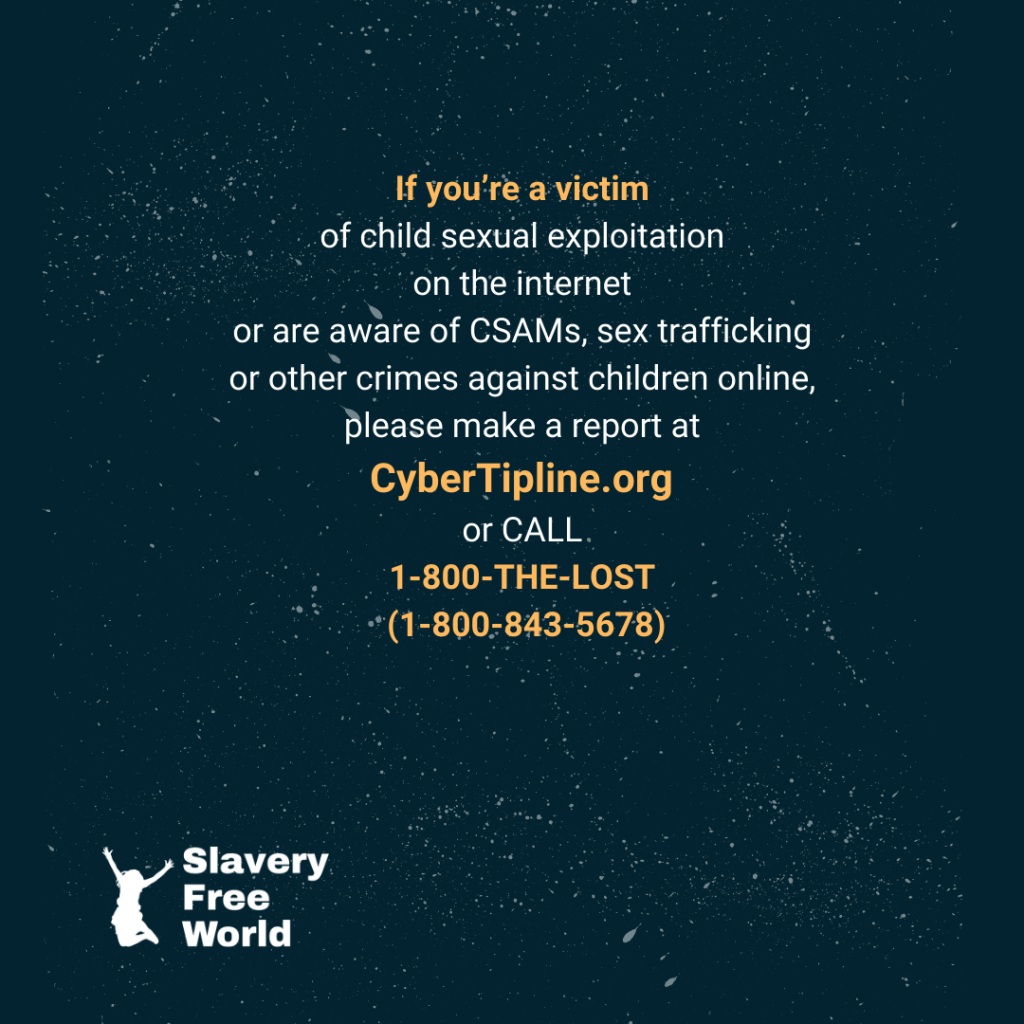 These are 3 common characteristics of modern day slavery:

It’s no secret that human trafficking remains a wide-spread problem, but the numbers paint a grimmer picture.

These numbers prompted the Biden Administration to write a National Action Plan to Combat Human Trafficking, also known as the Action Plan. This Action Plan which was written on December 3, 2021, bases its goal setting on the four foundations of global anti-trafficking efforts which are prevention, protection, prosecution and partnerships.

Creating an action plan for human trafficking was one of the calls of the meeting of the Council of Europe and the Organization for Security and Cooperation in Europe in order to centralize national responses against modern day slavery. 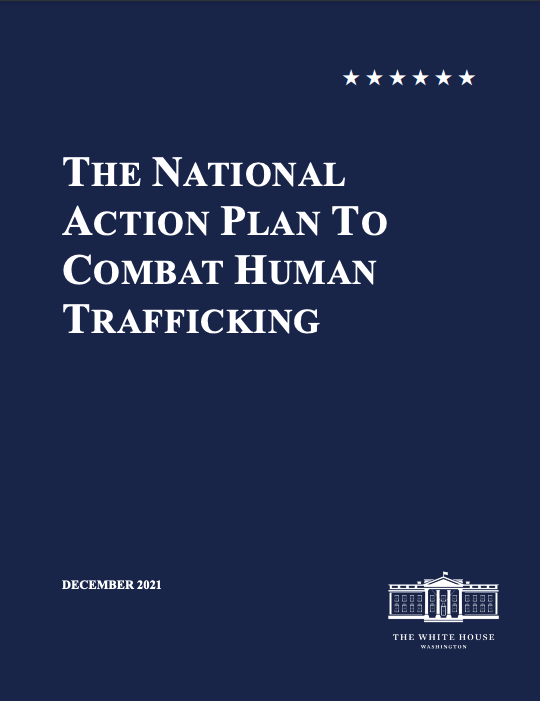 Basing off of U.S. Law, Action Plan defines two types of human trafficking. The first type of which is sex trafficking. Sex trafficking basically happens when someone is coerced or forced to do a commercial sex act. It is also considered sexual exploitation if the person performing such act is a minor. The whole process—from recruitment, harboring, transportation, and solicitation of a person for sex against their free will, is considered sex trafficking.

With COVID-19’s effect on the availability of jobs, more people, especially in economically disadvantaged sectors, are vulnerable to the threats of forced labor and sexual exploitation. Women and children, LGBTQI+, minority groups, and people with disabilities are unfortunately among the most prone to the dangers of human trafficking and also happen to be the groups that are bearing the brunt of the shortage of jobs due to the pandemic.

That is why since the private sector is essential to providing economic opportunities, it plays a key role in making sure that the Action Plan’s smart goals against human trafficking are fully implemented.

The three year U.S. Action Plan bases its goals on the four pillars of anti-trafficking, namely prevention, protection, prosecution, and partnerships. When we talk about prevention, it involves providing education and awareness to vulnerable groups and controlling goods produced by forced labor to penetrate the U.S. markets.

With protection, it is about focusing on services that aid victims of human trafficking. Prosecution is holding the entities and persons responsible for human trafficking accountable through legislation and sanctions. Finally, these three pillars could come into fruition through meaningful partnerships and collaborations.

Institutional solutions to a widespread problem

The U.S. Action Plan highlights the role corporations can play in the fight against modern-day slavery. In essence, the recommended measures focus on increased security and more mindful practices.

One measure cited for financial corporations is to identify and disrupt the financial networks of organized human trafficking networks by improving anti-money laundering solutions. Furthermore, a greater emphasis on supply chain research and management is suggested to prevent products made from forced labor entering the U.S. market.

Jumping off of this, greater research and technology towards solving problems that are impeding trafficking investigation is also suggested not just for the public sector, but also for the private sector as well.

Current corporate policies, especially those that may be used to exploit immigrant employees should be reviewed and updated. It is also important for private sectors to maintain a robust communication line with public entities in charge of anti-trafficking cases to ensure that modern day slavery can be nipped in the bud.

A more mindful approach towards this problem, not just by government institutions, but also from corporations and other private entities could really go a long way in curbing and eventually eliminating human trafficking.

Sources:
Mendelshon, A. (2022). The National Action Plan to Combat Human Trafficking: What the Private Sector Should Know and Do. Accenture Financial Services Blog. Retrieved from https://accenture.com